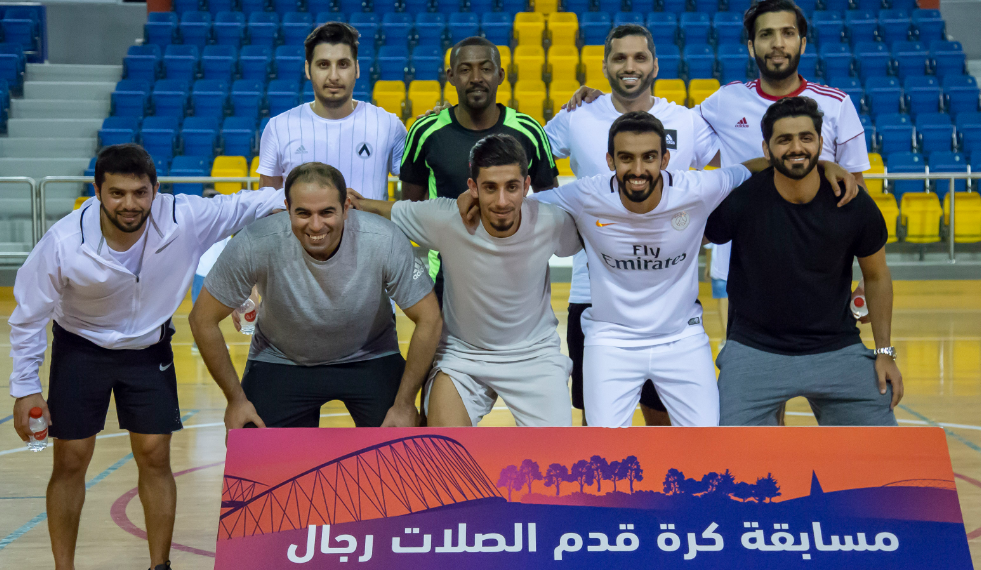 The men’s football and futsal competitions, organised as part of Aspire Zone Foundation’s (AZF) Ramadan Sports Festival (RSF) concluded recently.
In the final of the men’s football competition, Al-Adam team emerged victorious in a closely fought match after defeating rivals QWSC 4-2 to clinch the title. Meanwhile, Shabaab Al-Quds finished in third place after defeating team Al-Shabaab 4-2.
And in the thrilling final of the AZF employee futsal competition, the Logistics team defeated the Veterans 8-4 to win the title. Team Inspirers secured an easy win against team CTM 2-0 to finish in third place.
The RSF’s Ladies Volleyball and Men’s Basketball competitions will finish on May 31st and June 1st, respectively. The four-day cricket tournament will kick off on Wednesday and the Male Fitness Challenge for boys aged between 9 and 14 will be held on Friday.
The winning teams in the RSF Football, Futsal, Hockey, Volleyball, Cricket and Basketball competitions will be awarded in a ceremony that will be held on Sunday, June 3rd, at 9:00 pm in Aspire Dome’s Multipurpose Hall 1. The ceremony will be attended by officials from AZF, Ooredoo Qatar (Official Sponsor) and Saleh Al Hamad Al Mana Company, Nissan Qatar (Main Partner).