An American shot putter who thrives on technology to excel

The reigning Olympic champion, who is also the current men’s world leader in his discipline (22.74M), is a firm favourite to win the gold in Doha. He has come well prepared, thanks also to some cutting-edge technology.

“I don’t know how much I can talk about it, but we’ve got a lot of bio-mechanical activities going on in Team USA,” the 26-year-old told Inside Qatar.

“We use drones to record our training sessions and special devices to track a shot’s journey, just like the ball in golf. We analyse the data to find the optimum angle of release for the shot to go the farthest. Being a tech geek, I’m fascinated by it,” he added.

Crouser has also been working with a technology company named Ball Cam, which essentially places up to six cameras all around and above the athlete to recreate a 360-degree video of throws. It has helped fine-tune his performances.

“Earlier, throws used to be recorded from either the front or the sides, which didn’t give you a complete idea of your body’s exact positioning at that moment. But now, you can focus on even the minutest detail, from various angles, and that makes a big difference to the end result,” he revealed. 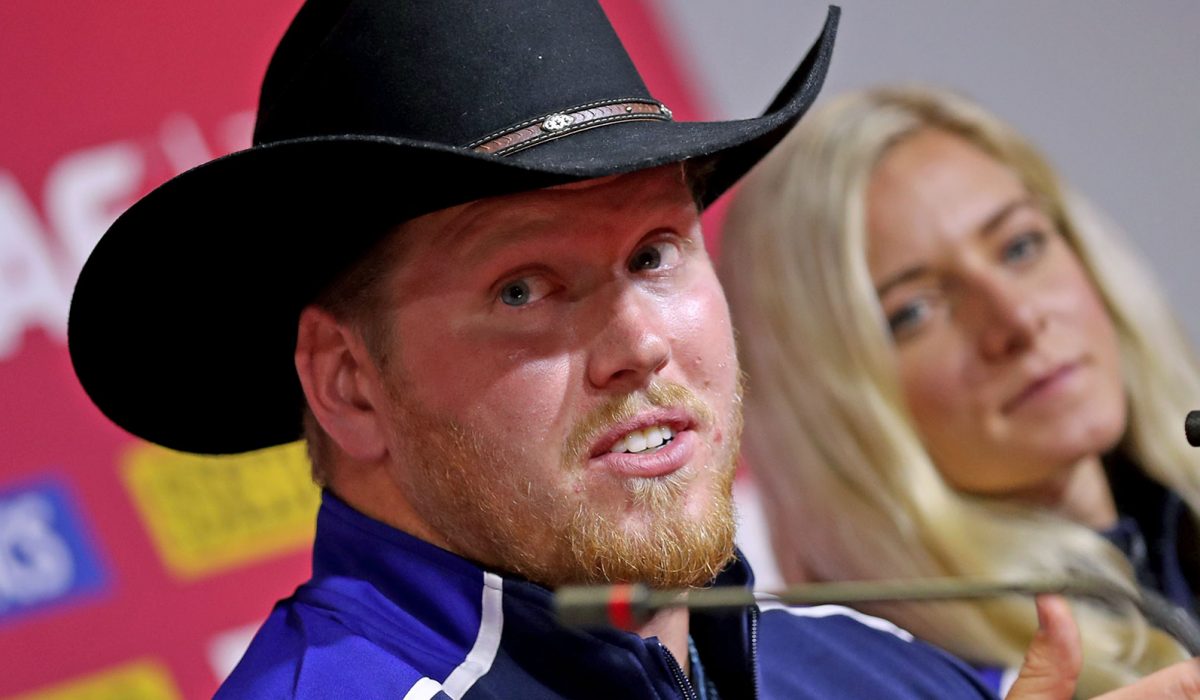 “We use drones to record our training sessions and special devices to track a shot’s journey.

YouTube is another medium the thrower has been using extensively to research on techniques. He elaborated on how dependant he was on it.

“Most of the time, you can find me glued to my iPhone or iPad, watching old YouTube videos of historical throws. I recently maxed out 50 gigabytes of space on my iCloud account with throw videos. Considering each shot is just seven seconds long, that’s a lot of videos by any standard. I watch them carefully, and it has helped me,” he told Inside Qatar.

For Crouser, throwing has always been a family affair. While his uncle Brian competed in the javelin at the 1988 and ’92 Olympics, his cousin Sam did the same at the 2016 Games in Rio. His father Mitch barely missed out on an Olympic spot at the 1984 Los Angeles Games, finishing fourth in shot put at the US trials.

Coming from a family with such deep roots in athletics, did he ever ask how the older generation felt about the impact of technology in sport?

“Honestly, the older folks are much more excited than me,” he said, smilingly. “My father tried out a shot, with the new technology in place, and was blown away with the results. Now, every week, I sent him my training videos, and he watches them carefully. He’s adapted to technology much faster than I thought he would.”

Asked whether technology is taking over from human endeavour, he replied, “At the end of the day, it’s still the athletes who go out and perform. Technology can only help you assess what went wrong and rectify it.”