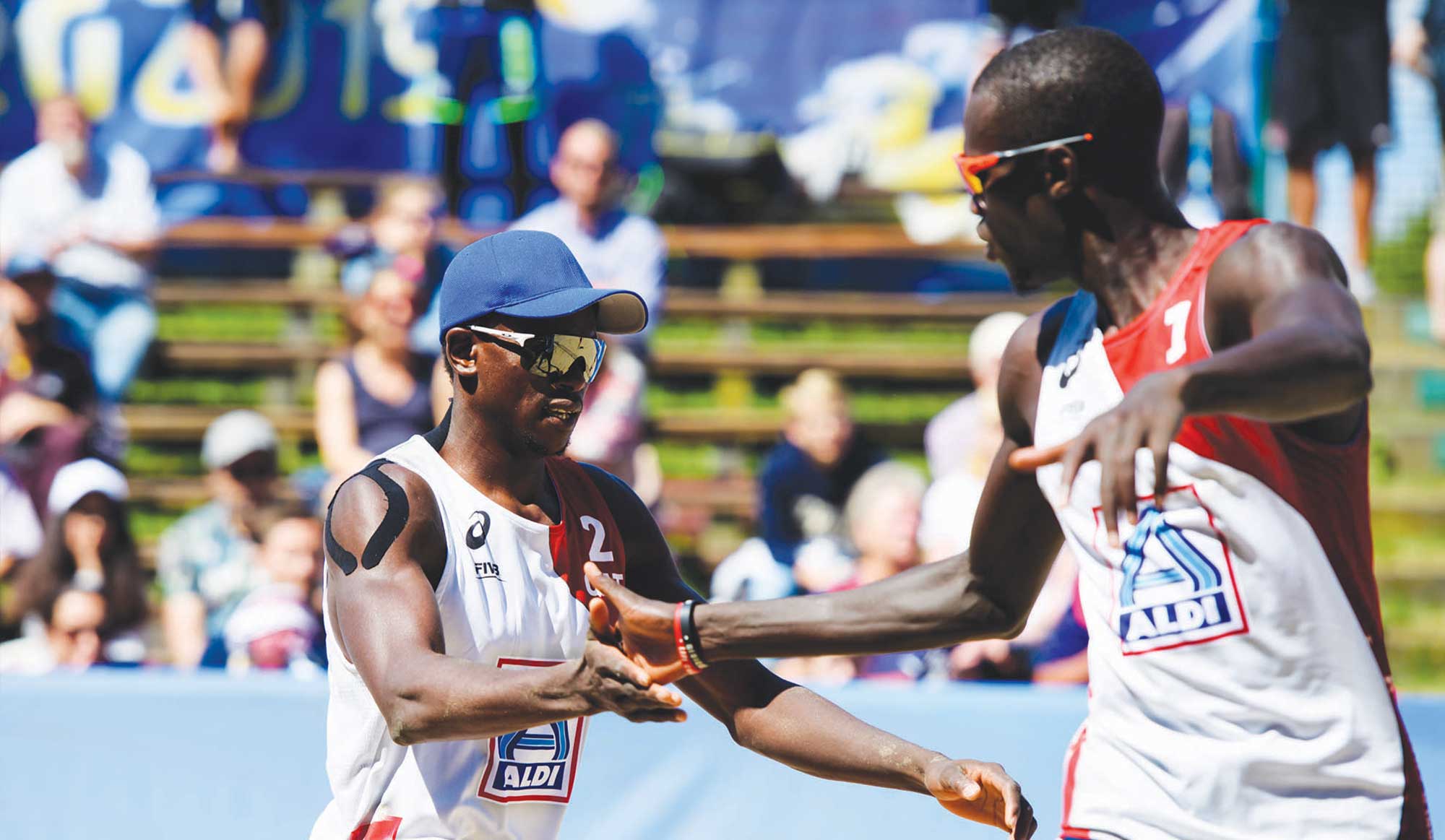 They dived and stretched. They lunged and plunged. The sand kicked up from underneath their feet. Great effort and even greater focus. But there was something extra that the U.S opponents of Qatar’s Cherif Younousse and Ahmed Tijan had. The Qatari pair went down 2-1 (21-18, 21-15) in the round of 32 of the FIVB Beach Volleyball World Championships.

The fifth seeds enthralled the Hamburg spectators in the Pool D matches maintaining an unbeaten run. When it came to the knockouts, they came up short. One never felt that they were out of the race when the match got underway. Philip Dalhausser and Nicholas Lucena of the U.S were taken aback by some of the returns from the Qatari duo. The initial surprise wore off though and the U.S duo found their footing and staggered their Qatari rivals. They sped away to a huge lead and the first set was easily theirs.

As expected there was drama in the second set. Qatar initially inching ahead. The U.S pair stayed calm and fought back. The initial hiccups out of the way, they sped away once again to clinch the match.

Qatar’s second pair of Assam Ahmed Mahmoud and Tamer Abdelrasoul failed to make the Round of 32 winning just one out of two matches.