Russia’s Vladimir Morozov continued his relentless march to the overall men’s title on the second day of the FINA World Cup at the Hamad Aquatic Centre on Friday.

The 27-year-old swimmer signed off with two gold medals — in the 50M backstroke and 100M freestyle — on the second day. He took his gold medal count in Doha to three, having won the 50M freestyle title on Thursday.

Morozov has now won all seven gold medals on offer (over seven legs) in each of the three disciplines, making it a memorable series for the Russian.

“That’s it, my World Cup is over. I’m thrilled with my performance this year. My best moment will come when I will finally lift the (overall) trophy,” he said, after beating Australia’s Alexander Graham (49.03) and Hungary’s Szebasztian Szabo (49.13) to second and third places respectively.

Also creating a big splash was Mykhailo Romanchuk after becoming the first record-setter of the Doha World Cup, in the 1500M freestyle.

Romanchuk, a little breathless, said he executed his plan flawlessly.

“The idea was to break the record in Doha, and I executed my race perfectly. I never really slowed down. What a way to return to the city after a four-year break,” quipped Romanchuk, who was nearly nine seconds faster than Czech Republic’s Jan Micka (14:58.30) and Hungary’s Gergely Guerta (14:59.88).

Meanwhile, Hungarian Katinka Hosszu lived up to her title of ‘Iron Lady’ as she annexed the 400M individual medley in 4:37.39. She finished in front of compatriot Zsuzsanna Jakabos (4:40.19) and South Korea’s Kim Seoyeong (4:40.23).

But the effort may have taken a toll on the soft-spoken swimmer as she finished a poor fifth (1:01.52) in the 100M backstroke. The Netherlands’ Kira Toussaint, who took the title in 59.14sec, said she had worked hard on her technique.

“I’ve been working on the way I turn underwater after touching the wall. It gave me a crucial advantage, and that helped me win. It’s been a memorable day,” she said.

South Africa’s Chad le Clos increased his medal count in Doha by adding 200M butterfly gold to his kitty. He had earlier won the 100M butterfly title on Thursday.

“South Africa won the Rugby World Cup last week. When I walked into the pool, I saw many fans in the gallery in full Springboks regalia. I couldn’t disappoint them. Thank you for motivating me to try harder,” he said, after coasting to victory in 1:57.66.

Yasuhiro Koseki won his nation’s second gold, in the 50M men’s breaststroke. He was a narrow winner in 27.07sec, finishing ahead of Brazil’s Felipe Lima (27.11) and the Netherlands’s Arno Kamminga (27.12).

The women’s 50M butterfly final threw up a huge surprise when Denmark’s Jeanette Ottesen (26.06) pushed Australian title favourite Cate Campbell (26.23) to second place. It was her first title of the series.

“Although it’s the last leg, it’s still good to finally win gold. I’ve been trying very hard for it, and I’ll savour this win,” Ottesen said.

Brazil’s Jhennifer Conceicao stormed to victory in the women’s 100M breaststroke in 1:08.28.

Australia annexed the day’s only team event, the 4x100M mixed relay, in 3:29.55. Bradley Woodward swam the first lap and was followed by Alexander Graham, Bronte and Cate Campbell.

The last day of competition will see 12 gold medals up for grabs. It will be followed by the crowning of the men and women’s overall winners as well as the Cluster 3 champions. 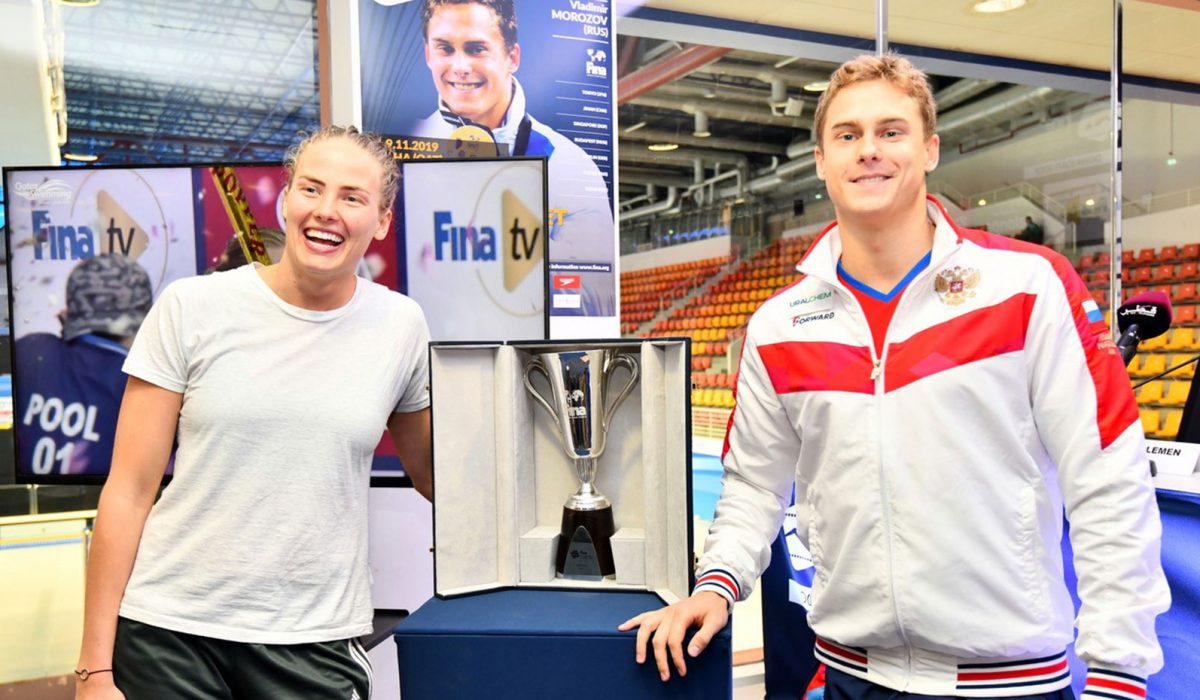