Qatar put up a brave fight against the United States, but could not find that little bit of extra energy as they settled for silver in the men’s 4×4 volleyball at the inaugural ANOC World Beach Games.

The USA, who had lost to Qatar in the group stage, began cautiously and soon found their rhythm. Having done their homework well, the Americans had a reply ready to everything Qatar’s Cherif Younousse could throw at them.

The home side caught up with the USA twice in the first set (7-7 and 8-8), but never managed to take the lead. It took the hosts even longer to attain parity in the second set (11-11) but they put up a neck-and-neck fight from then on.

Qatar gained immense confidence once they tied the Americans at 20-20, and four more match points followed in quick succession. But in the end, they fell just short as the pressure mounted.

Qatar’s Argentine coach Mariano Baracetti said his players tried every weapon in their arsenal, but could not match the Americans.

“They kept changing their strategy in the first set, and we couldn’t keep up. We played better in the second, and I had a feeling if the game went into a third (we could have done better). But it was not to be. My players did incredibly well,” he told Inside Qatar.

Younousse, usually the team’s spokesman, refused to interact with the media. His disappointment was understandable, considering his one-man shows for the side. But his team-mate Ziad Benlouaer spoke up.

“Ahmed Tijan, who was a key member of the Qatari team, missed the entire tournament. While all other sides had six players, we had five. By the time of the final, we were a bit tired. But all things considered, we did very well,” he said.

Qatar started strongly and raced to a 10-2 lead in the first set, thanks to back-to-back goals by captain Mohamed Hassan. Sweden valiantly tried to come back but failed.

The roles were reversed in the second set, with Qatar trying to do all the catching up. Johan Hampus, Oliver Dahlqvist and Martin Kacek kept the scoreboard ticking for Sweden.

The penalty throws descended into chaos towards the end. Sweden’s Lars Anders Niklas Ekberg seemed to have made contact with Qatar’s Sid Kenaoui as he attempted the fourth throw.

Qatar demanded a red card for Lars and a 6M penalty throw for themselves, but Slovakian referees Mandak Boris and Rudinsky Mario, after consultations, turned down the appeal.

“Bad refereeing ruined our chances of a bronze medal. The rules are very clear but the referees chose to ignore them. It’s very unfair. I’m disappointed, but not with the way my players fared,” he told Inside Qatar. 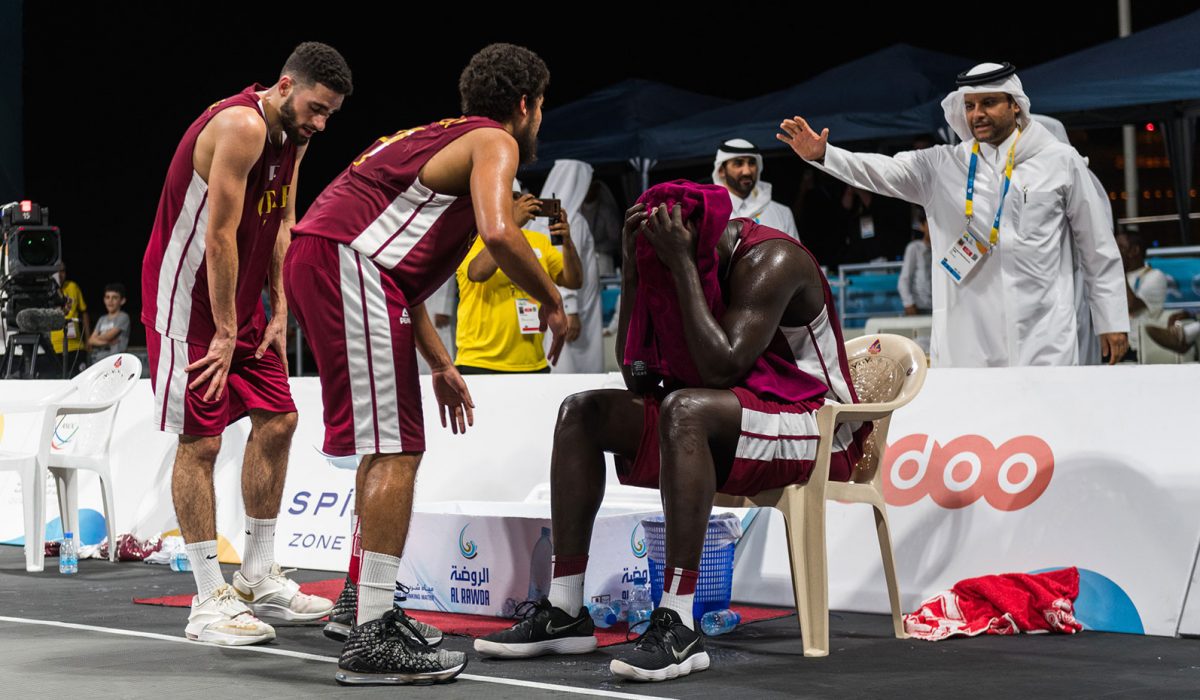