Hassan Al Thawadi, Secretary General of the Supreme Committee for Delivery and Legacy (SC), has reiterated that FIFA World Cup Qatar 2022 would be distinctive and exceptional, and that the State of Qatar wanted to engage all the peoples of the region.

Speaking about the World Cup and the main challenges the organisers faced, mainly due to spreading of false news, lies and rumours by parties with vested interest, Al Thawadi said when Qatar decided to bid for the World Cup, it was done on behalf of the whole Arab region and not only for Qatar.

“This has been our vision since 2010 until 2017. To work with the region and to engage the companies in the Middle East in this event. However, after imposing the unjust blockade on Qatar, we had to carry out a thorough re-evaluation of the supply chain and companies associated with the implementation of the World Cup projects. We faced a great challenge in finding alternatives, but we quickly succeeded in finding other partners in countries like Turkey and Malaysia,” said Al Thawadi.

He said Qatar’s vision of engaging all the peoples of the region in the 2022 World Cup was still valid. He noted that there were many persons from the blockading countries among the 206,000 people registered for SC’s volunteer programme launched last November. 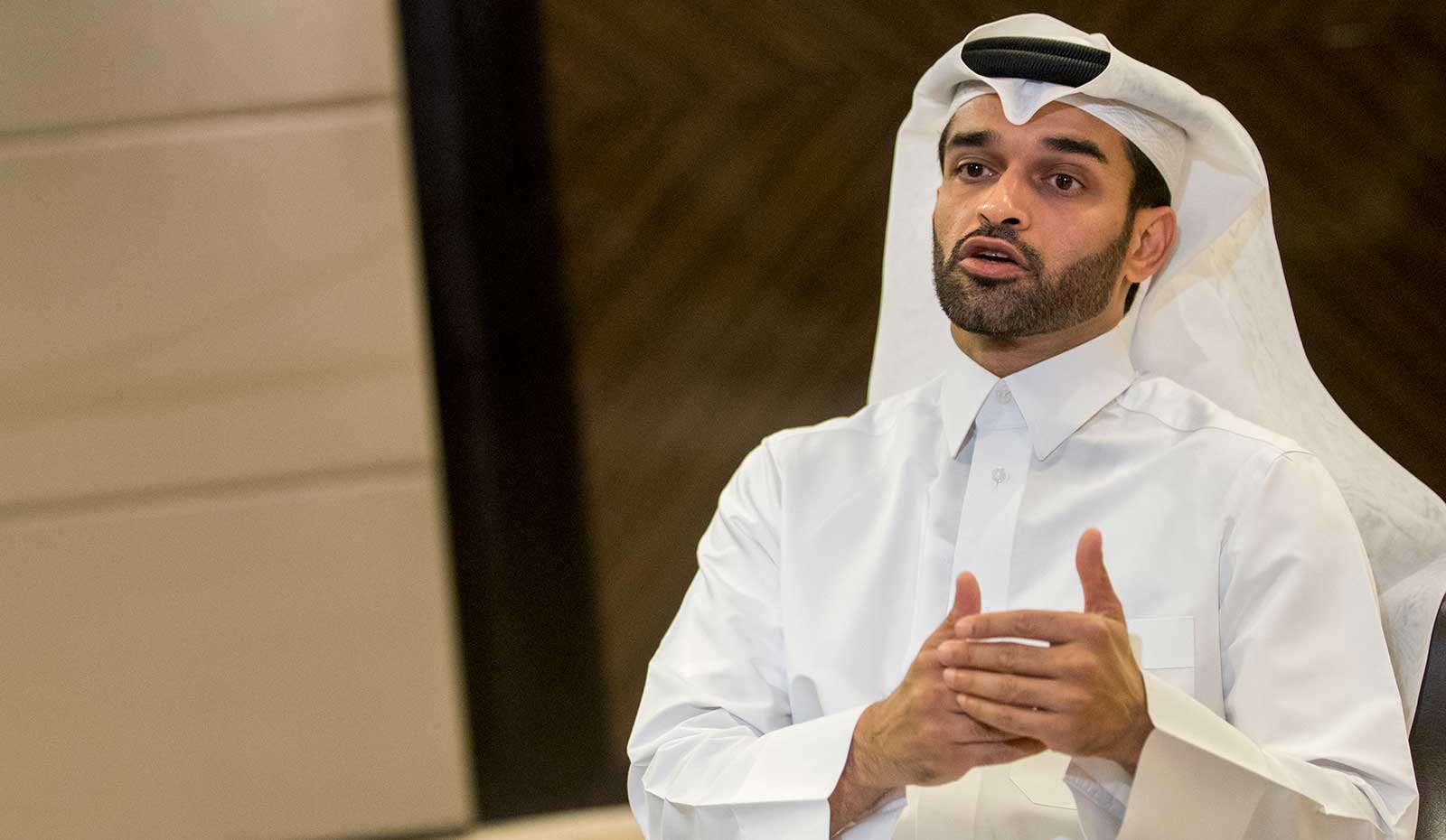 “Right from the day we won the bid to host the World Cup, some sections of the media in certain countries launched misinformation campaigns aimed at us. But we’ve been able to expose them and prove them wrong”

Hassan Al Thawadi, Secretary General of the Supreme Committee for Delivery and Legacy

“This confirms the desire of the region’s people to participate in the 2022 World Cup in Qatar,” he said.

Al Thawadi was supremely confident that Qatar would organise a distinctive and amazing World Cup, despite the blockade.

“Our equations with some of our neighbours might’ve worsened, but we’ve excellent relations with almost all other countries. This was evident from the fact that many Asian teams had made Qatar as their training base before the last Asian Cup. The 2022 World Cup would be distinctive and amazing,” he said.

Al Thawadi pointed out that there were orchestrated campaigns against Qatar ever since the country won the rights to host the World Cup.

“Right from the day we won the bid to host the World Cup, some sections of the media in certain countries launched misinformation campaigns aimed at us. But we’ve been able to expose them and prove them wrong,” he said.

“Our detractors organised many events to defame us and derail our World Cup projects. We’ve solid evidence that these were done by some of our erstwhile friends who’ve now turned foes for no mistake of ours,” he noted.

Al Thawadi said Qatar had made huge strides forward towards improving the conditions of migrant workers involved in various World Cup projects.
“There’s no nation in the world which can say that it has fixed all the problems of workers. Qatar is no exception, but we’ve recognised the real issues much before the World Cup projects started and subsequently made major reforms and initiatives to improve the situation. We’ve made a lot of progress, but we’re aware that more needs to be done. We’ve compensated more than $3m towards recruitment fees,” he said.

“In fact, other countries have started to implement our initiatives. The 2022 World Cup will definitely leave a rich legacy, including in the area of labour reforms. I want to point out that many of the criticisms in this regard were not at all objective,” Al Thawadi added.

The SC Secretary General said work on most of the infrastructure and other facilities for the World Cup was progressing as per schedule.

“We had proposed eight stadiums. We’ve already completed two and staged some competitions there. One more will be opened later this year and another in the first quarter of next year. The rest will be ready by 2021. Work on more than 40 training pitches are also complete. Apart from this, the metro network is partially ready and operating. Work on the other lines is nearing completion. Most of the highways will be ready in the first quarter of 2020,” he said.

“Coming to information technology (IT), we’ve exceeded the FIFA requirements as we already have 5G connectivity.”

He underlined the need to be alert and cautious, saying all major sporting events have security risks.

“We formed a security committee seven or eight years ago, and we’ve excellent working relations and arrangements with all the top security agencies like Interpol and the National Security Agency,” he noted. 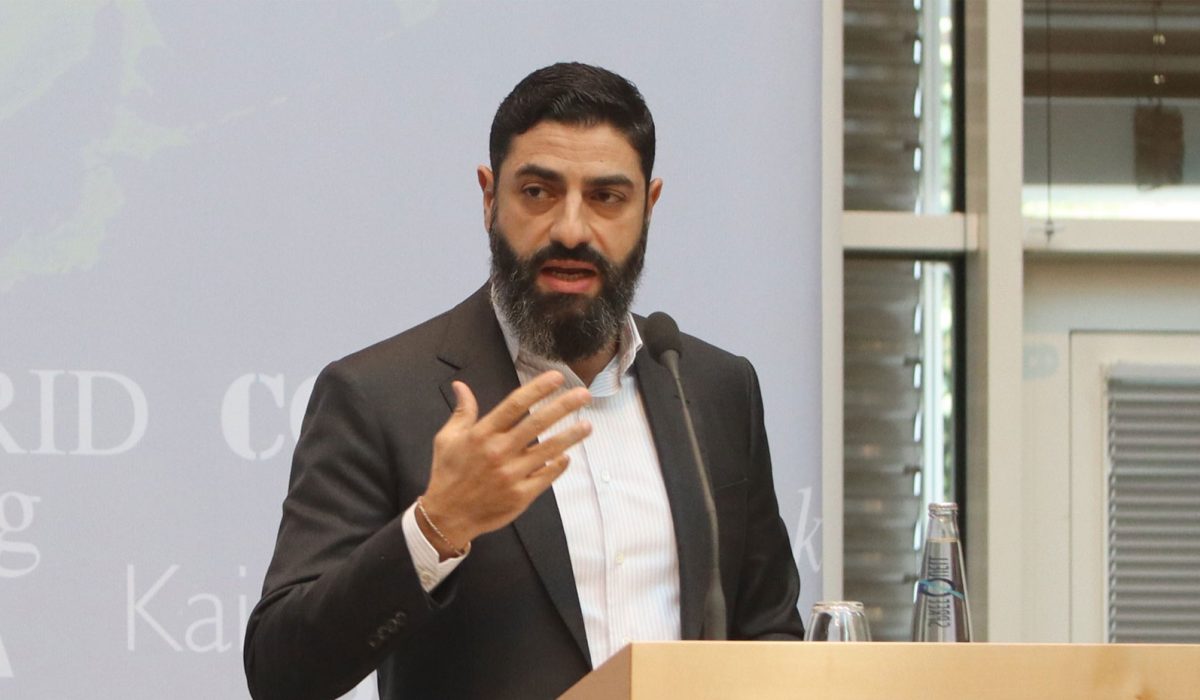