The venue, one of the stadiums of the 2022 FIFA World Cup in Qatar, is a pioneering project in many respects.

One of the eight stadiums Qatar is building will be the first in the history of the World Cup that can be entirely dismantled. In addition, it will have a truly unique design, featuring shipping containers to create an extraordinary building block effect.

Constructed using shipping containers, removable seats and other modular “building blocks”, not only will this innovative, 40,000-seat venue have a remarkable design, but it will be entirely dismantled and repurposed after the World Cup.

Its parts will be used in other sporting events or projects in needy countries, in co-ordination with FIFA, to set a new standard in sustainability and introduce bold new ideas in tournament legacy planning.

Ras Abu Aboud Stadium Project Manager, in the Supreme Committee for Delivery & Legacy (SC), Mohamed Al Mulla stressed that Ras Abu Aboud will be the first stadium in the world that can be completely dismantled. He added that its parts could be used in building two 20,000-seat stadiums or even in building non-sporting projects, such as an administrative building or a multi-use hall.

Al Mulla said that studies and research have led to the use of environmental-friendly and at the same time easy and reusable components in the construction of the stadium.

Concrete will be used only in foundations, while the outer structure will be made of iron and shipping containers. He said that the Ras Abu Aboud Stadium will be a precedent that will revolutionise stadium design for future World Cup hosting countries. And that’s because it is based on a new way of thinking and creativity in construction that shortens time and lowers cost.

Al Mulla explained that the reason for building a stadium with these specifications and dismantling it after the World Cup is that Qatar did not need eight 40,000-seat stadiums, and also the local league did not need all these stadiums. So the idea was to build a stadium – such as the Ras Abu Aboud Stadium – which could benefit other countries in the future.

Alongside the legacy that Ras Abu Aboud Stadium can make by repurposing it in another country, there will be an important legacy for Qatar in the infrastructure of sewage networks, roads, water and power station, which will create an infrastructure for any future development in the area.

Located on the shores of the Gulf, looking across to Doha’s dazzling West Bay skyline, Ras Abu Aboud Stadium will be a spectacular venue for matches up to the quarter-finals of Qatar 2022.

Mohamed Al Mulla said that construction work of the stadium officially began in 2017-end and will be completed by the end of 2020.

He revealed that 4.5 million labour hours would have been completed by the time the stadium is complete, pointing out that the number of workers in the project varies according to the construction stages.

Al Mulla added that work on the concrete foundations for the stadium has been completed, while work is underway on the infrastructure, especially with regard to sewage networks and other facilities.

The project manager explained that the plan for the stadium is to have three roads for the spectators to reach the venue, two of which are ready and work on the third is underway.

The Ras Abu Aboud Stadium project achieves the goal of sustainability and heritage by 100% in terms of stadium design revolution, the future project and plan to dismantle it and area development.

Al Mulla revealed that the construction time of the stadium will be shorter, which cuts the cost of construction and involves the use of fewer building materials. This will inevitably mean less waste on the site with lower carbon emissions – a true victory in realising the equation of quality construction on one side and sustainability and heritage on the other.

About 100 containers and 27,000 tonnes of steel will be used in the construction of the stadium, Al Mulla said pointing out that the method of installation of containers or iron has been planned from the first day.

He explained that all the parts are number-coded to ease the operations of dismantling the stadium and reusing them in other projects. Following the tournament’s conclusion, the stadium will be dismantled to make way for a waterfront development for people to enjoy. 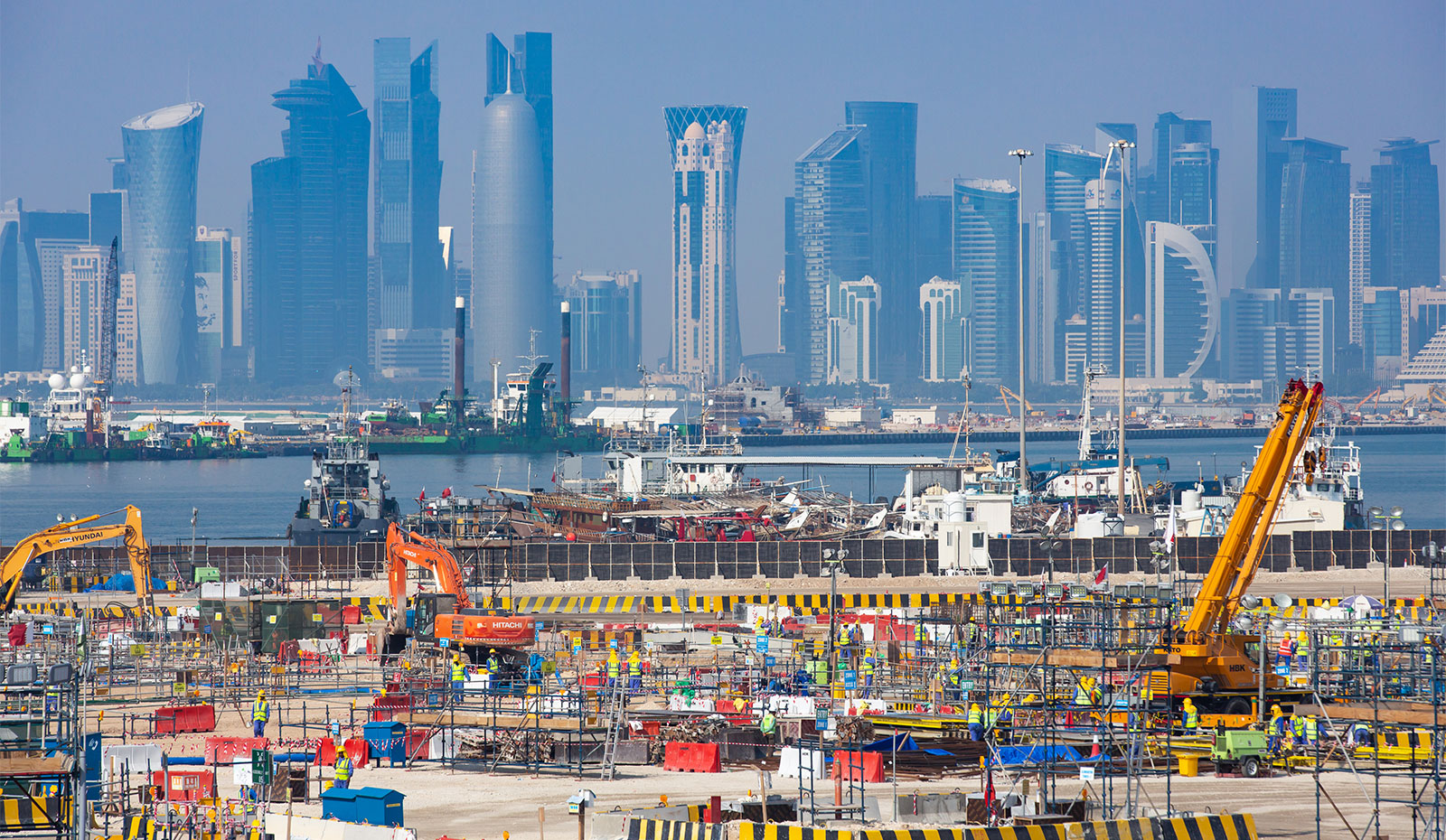