The IAAF Heritage World Athletics Championships Exhibition will give global track and field fans a fulfilling trip down memory lane. 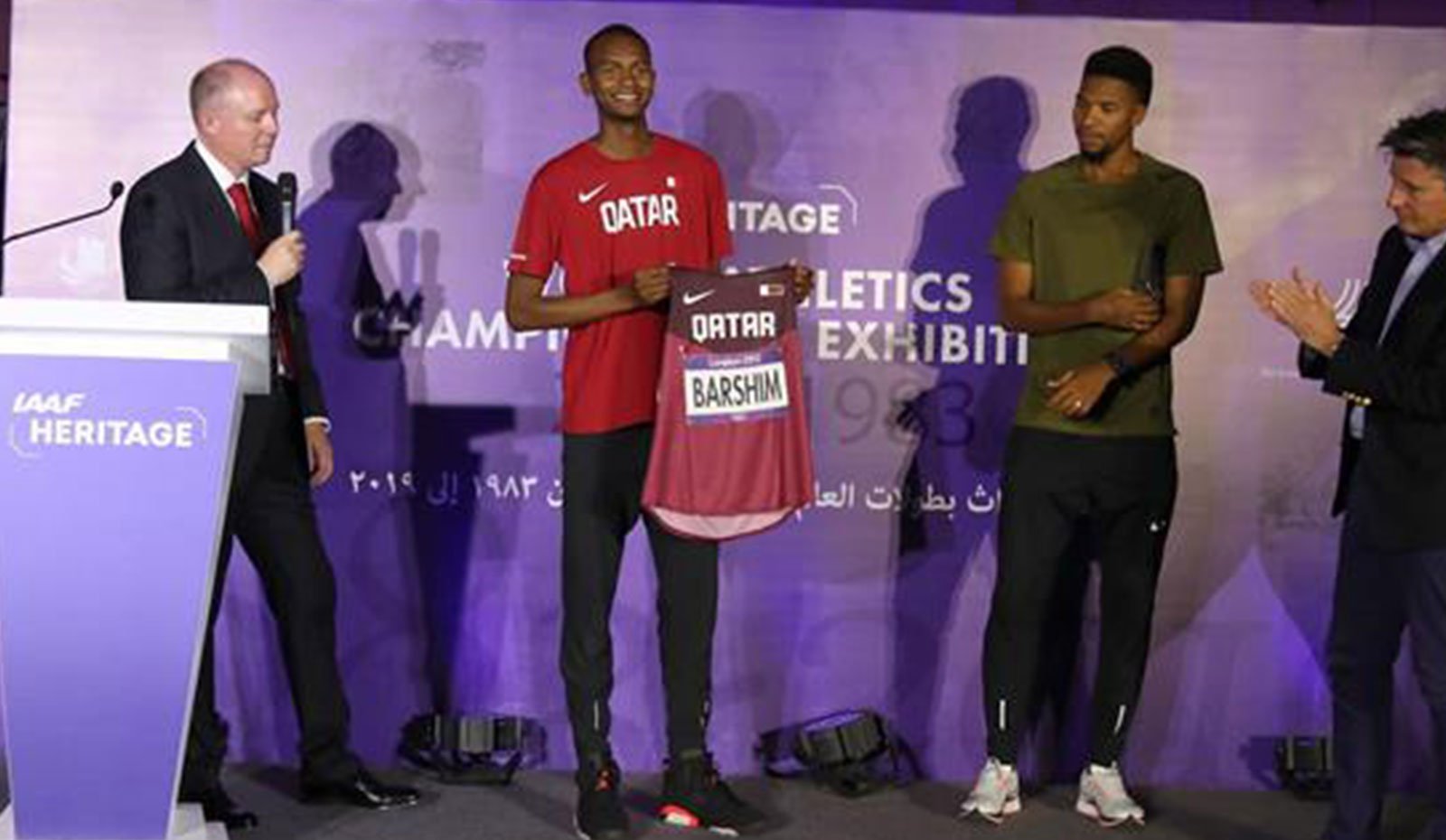 Six global champions were in City Center Doha this evening for the opening ceremony of the IAAF Heritage World Athletics Championships Exhibition.

The exhibition, the largest ever of its kind, celebrates the history of the IAAF World Athletics Championships whose first edition took place in Helsinki, Finland, 36 years ago, and which remain today the third most important sporting event on the planet.

The exhibition, which occupies 400m2 of space in the largest shopping mall in Qatar will be open daily to the public for six months, closing on Monday 7 October. During this time the Asian Athletics Championships, Doha Diamond League and IAAF World Athletics Championships will be hosted by Doha, drawing thousands of athletes, official, media and fans to Qatar.

STAND BACK IN AWE

“Athletics is an ancient sport but there is nothing old about how this exhibition displays our history,” commented Seb Coe. “There are huge audio photo walls, LED screens showing archive competition action. There’s the chance to explore the heights and weights of champions, lift the throwing implements, touch the hurdles and stand back in awe and admire the world record heights and distances of the jumpers.”

“Add to those attractions, there are 100s of items of wonderful athletics clothing and equipment donated and loaned by some of the greatest stars of our sport on display. This exhibition is a must see for all sports fans,” concluded Coe.

During the ceremony, donations and loans of kit were made by six global champions.

Four-time Olympic champion Lasse Viren donated the pair of Onitsuka Tiger ASICS shoes which he wore when running the marathon at the 1976 Montreal Olympic Games.

Seb Coe then stepped-up to hand over his 1984 Los Angeles Olympic Games spikes and national vest from his second 1500m Olympic victory.

Another British running great Liz McColgan, the 1991 world 10,000m champion, was next up on stage. McColgan loaned her winning spikes – already donated to the ASICS museum in Kobe – for display at the Heritage Exhibition.

The most-weighty of the donations in two respects came from Poland’s Anita Wlodarczyk. Firstly, the two-time Olympic and three-time world champion was the most bemedaled of all tonight’s guests. Secondly, Wlodarczyk donated the 4kg hammer to the IAAF Heritage Collection, with which she set the first 80m+ world record by a woman.

Qatar’s Mutaz Essa Barshim and Abderrahman Samba then came to the stage to officially hand over their preannounced donations of kit. Barshim, the reigning world high jump champion, presented his London 2012 Olympic Games competition vest and number, while Samba handed over the bodysuit which he wore when winning the 2018 IAAF Continental Cup Ostrava 2018 400m hurdles title.